When WW2 was in full swing, my family was involved in the move of the resistance. My Grandad's house was the headquarters of the Battalion 'Whopskih', which was the polish resistance. The Commander was my dad's uncle, Władysław Zwiejski. When WW2 happened he had the command to kill German invaders. They mostly fought in woods and they made trenches, which were were effective. Also they used handmade weapons like the blyskawica (lightning). Unfortunately, my uncle died in 1998. I'm extremely proud of the history of my family. 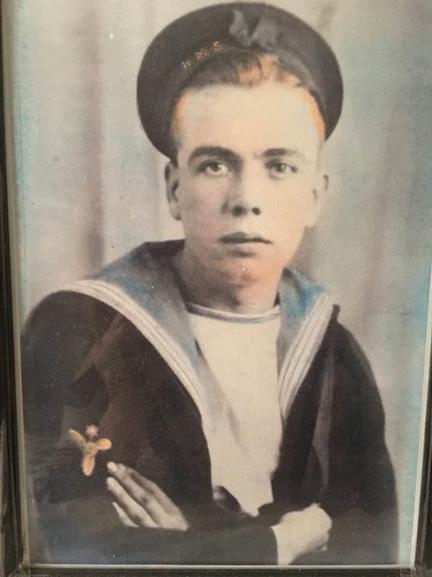 Amy's Great Grandad who was in the navy, Johnny Walker and he was escorting convoys and hunted the Graf Spee, he was sunk in his pj’s and saved by a U boat in the North Atlantic.

Henry Horton known as Harry was an engineer working ICI in a reserved occupation. He was determined to fight for his country. He was in Belgium. When the Germans invaded he had to march through Belgium to France. The people were very hostile to them because they thought they were being abandoned to their fate. Thy arrived at Dunkirk and he spent 4 days on the beach waiting for a boat, all the time being bombed by the Germans. Eventually he had the choice of two boats, one was the Isle of Man ferry. He was about to get on that when he thought he saw some beckoning him from the other boat. So he got on the other boat. He couldn't find anyone he knew when he got on the boat. The Isle of Man boat was blown up on the way over to England. He was one of the first soldiers to join the new regiment known as the Royal Electrical and Machanical Engineers known as the REME. He then went to Africa where he also had a few close shaves and was then sent to Italy where he was when the war ended.

Gwyneth Horton nee Evans joined the Auxiliary Territorial Service known as the ATS, when she was 17 years old. She went to Donnington where she was testing ammunition and on one occasion nearly blow the camp up. She then went to Didcot where she was a tracer and eventually traced the plans for D DAY.

Even Evans know as Jack was in the home Guard. He was very dismayed when he found out his son who was in the Cadets had proper guns while the home guard didn't.

Myfanwy Evans was the first Air raid Warden in the North West and whilst they were dropping bombs she had to go out and spot where the fires were so they could put them out.